In this week’s post we feature three works to be performed as part of Sirius Chamber Ensemble’s performance Musical Tales. Each work to be performed was inspired in different ways, but all have strong ties to works of fiction and other literature.

Eden for solo flute and narrator by Andrew Batterham and Matilda for woodwind quartet and narrator by Joseph Giovinazzo, were both composed in 2015 for a concert, Cabinet of Oddities, curated by writer Laura E. Goodin, and run in partnership with her husband, composer Houston Dunleavy. The concert was part of the Conflux Speculative Fiction Conference, which took place in Canberra in October that year. Our flautist Melissa Coleman took part in the premieres of both compositions.

Award-winning American science fiction writer, Jack Dann, wrote the story Eden for ABC Australia and was read by the author over the air in December, 1999*. It was later published in Agog! Terrific Tales 2 in April, 2003. Melbourne-based composer, arranger, songwriter and performer, Andrew Batterham, brings a unique energy and style to Eden, which clearly shows his love for Jazz and contemporary music. The flute ‘riffs’ are well grounded in the blues, in this work designed to be performed with freedom and spontaneity. The flute helps to tell Dann’s story, as extended techniques, funky themes, flourishes and catchy melodies bring objects, characters and events to life.

Inspired by the work of Sydney-based science fiction writer Simon Brown, Matilda* was originally composed for flute quartet and narrator. Melissa Coleman loved the work so much that she asked Joseph to write an arrangement of the work as a wind quartet for Sirius musicians to perform.

In Joseph’s words, “As a composer, my aspiration is a music that speaks to the common humanity residing in us all; a music that is intimate in its touch, but universal in its communication.” Matilda begins with a well-crafted, complex musical introduction, in which we hear evidence of Giovinazzo’s love for counterpoint and rhythmic precision. When the speaker begins however, there is a complete contrast – we hear a simpler, more intimate texture, as Giovinazzo develops and overlays his themes from the introduction, in an evocative display of rhythmic and harmonic tension and resolution. Brown’s story tells of a devastating catastrophic event; and Giovinazzo’s music richly portrays the emotional weight of this story, with it’s sad and brutal end emphasised as the final sounds of heartbeats towards the end of the piece comes to an end.

Also on the program for Musical Tales is The Death of Baldr by Sydney-based composer Paul Smith. Ian Sykes commissioned Paul to write this work for Sirius’ core ensemble, that being flute, clarinet, bassoon, french horn, cello and piano. The work, first performed in September 2014, is based on the gods depicted in Norse Mythology. In this performance Paul Smith joins the ensemble to recite selections from the Nordic sagas. 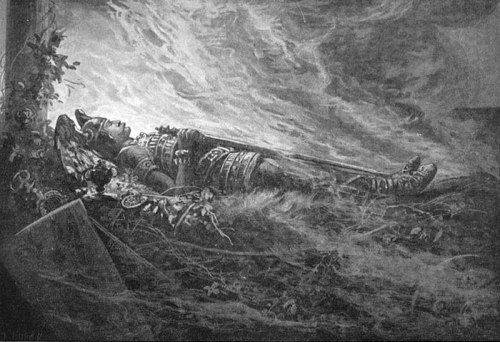 In Paul’s words, “Norse mythology has long been a source of inspiration for artists of a variety of media. Paintings, novels, TV shows, and video games have all depicted or based figures on gods and monsters from Norse mythology. The movements of this work, for both the full sextet and the three solos, respond to different characters in the famous tale of the death of Baldr, the god of light. As with many mythologies, the pantheon of gods govern different parts of life and nature and the tone of each movement reflects this. While composing this piece, I viewed many painted depictions of the Norse gods to reflect on their aesthetic and presence in the mythology. I have long been captivated by this particular mythology, including an appearance on the ABC quiz show The Einstein Factor with Norse mythology as my topic (I lost). I wanted to respond to the drama of the tale using music in a traditional programmatic style. The piece culminates with a movement inspired by chief god, Odin, who approaches Baldr’s funeral pyre and whispers, ‘rebirth’.”

* The author reserves all rights to the story.

Image from The Norse Gods

One response to “Music for Teriffic Tales”