Last weekend, members of Sirius Chamber Ensemble along with other guest musicians met with jazz saxophonist and composer  Spike Mason to record his compositions for his CD titled Flying. The initial idea for the project started at least two years ago, when Spike first proposed writing a piece for us which could combine the freedom that jazz improvisation offers and the timbres inherent in a conventional classical ensemble. Although originally from Sydney, Spike is now based in Tasmania. Late last year, Spike was awarded a Tasmanian Government Productions Grant to fund this project. From which, the output will be a large scale original composition recorded by Spike Mason and the Sirius Chamber Ensemble (a 9-piece professional classical and new music ensemble from Sydney). 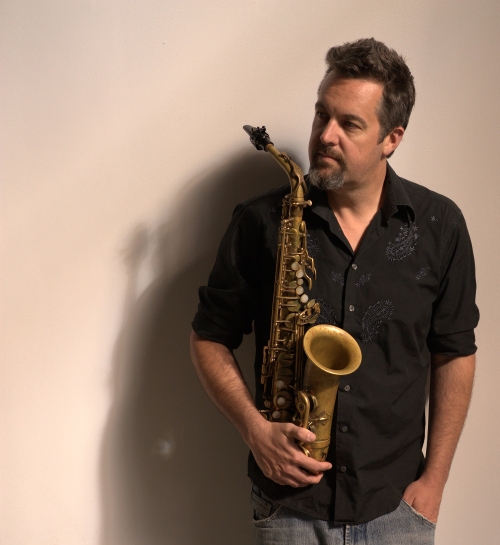 Flying combines the broad sound palette of a classical ensemble with the spontaneously created melodic phrases of an improvising jazz musician to create an original work of contrasting sections of both pre-composed and free music. The 9 movements of the piece are influenced by the poem “Flying”, written by the Tasmanian writer Di Adams, and follows the journey of an individual who discovers they can fly.

Well known in the Sydney Jazz scene, Spike has written for and arranged many works for big bands and other large ensembles. However, performances of his music are usually improvised by the individual players. This is the first time that Spike has had to write out the music for each instrument in the ensemble.

Of his compositional style Spike said, “The piece is stretching my compositional practice in a number of interesting ways. There is a freedom that comes with composing for instruments that I am not completely familiar with, and the fusion of styles has eliminated preconceived boundaries and opened up the harmonic possibilities that I can draw from. I have been learning about and utilizing the unique characteristics of new instruments and adding them to my compositional palate. I have also been developing ways of creating pulse and forward motion in the music without drums or percussion, relying instead on creating multilayered pulses and ostinatos that build rhythmic structure throughout the ensemble”.

Spike travels to teach in Sydney for two days of the week. Which has given him the practical advantage of spending at least 90 minutes per week with uninterrupted composition time. Although the work has been written largely away from any instruments, Spike has enjoyed the compositional process of audition – that is – notating the music he hears in my mind. Spike admits, “I love the fact that I’m working on a piece entitled “FLYING”, and I’m composing it while flying at 30,000 feet”.

We are honoured to work with Spike treading areas outside our comfort zone, and acknowledge an amalgamation of creativity which comes from the diverse skills we each bring to a large ensemble. More information to come about the launch and release of the CD later in the year.

In our next post, we will have more information about our upcoming collaboration with Blush Opera for two performances of Fancy Me Dead by Sydney composer and academic Dr Paul Smith, at the Bondi Feast Festival (18-29 July). More information and tickets found here.

One response to “Spike Mason and Flying”