A Gypsy Rondo and a Ragtime Opera

Franz Joseph Haydn (1732-1809) may have been a celebrated composer in Europe during his lifetime, but he did not always enjoy a privileged life. From 1740-1749 Haydn was a choir boy at the St Stephen’s Cathedral in Vienna, until a foolish prank resulted in him being dismissed from his employment and home. By this time, Haydn’s voice was maturing and he could no longer sing the high choral parts. But when Haydn foolishly snipped off the pigtail from one of his fellow choristers, he was severely punished and thrown out onto the streets. Fortunately, a friend took him in to stay and thereafter Haydn pursued his freelance career. 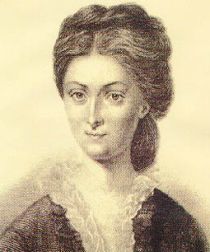 Haydn was most known for his developments to Classical form and chamber music compositions such as the Piano Trio. The Piano Trio No 39, in G major (1795) was written during an auspicious time for Haydn, when we experienced great success with two tours to London – the last two London Symphonies (No. 103 and 104) were also written during this time. Piano Trio No 39 was nicknamed the Gypsy trio, as the third movement was written in an Hungarian style. The work was one of a set of three trios, dedicated to Rebecca Schroeter, an amateur musician and widow, whom Haydn met in London. It has been reported, the pair had a romance during Haydn’s visits.

We are delighted to have, guest string instrumentalists Angela Cassar (violin) and Steve Meyer (cello) join Claire Howard Race (piano) for this performance.

African-American composer Scott Joplin (1868-1917), was known as the father of Ragtime composition with its characteristic off-the-beat rhythm, based on African-American gospel and folk tunes.  Joplin wrote 44 rag pieces for piano as well as one Ragtime ballet and two operas. The second opera, Treemonisha was written during 1911-1915 while Joplin lived and worked in New York. Unfortunately, the opera failed to secure financial banking and with failing health, Joplin did not live to see a full production of this opera.

During the 1970s Ragtime revival, Gunther Schiller arranged and directed a full professional production by the Houston Grand Opera in 1975. One can hear the once-popular ragged rhythm and jubilant choral singing in Schuller’s production recorded in 1975 [DG recording].

Read the Q and A with Melissa Coleman on the Where the Heart Is program at ClassikON.com

Where the Heart Is – Saturday 21st October, 6:00 pm at Christ Church Lavender Bay, 10-12 Walker St, Lavender Bay. Tickets available through ClassikON.com or at the door.

Funds raised will be donated to Habitat for Humanity Australia to assist their work to build safer homes and stronger communities throughout the Asia Pacific region.